Moving beyond charity in Haiti 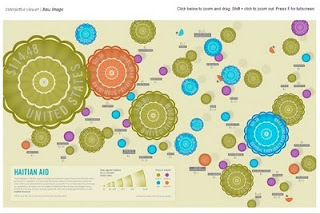 The largest donors in Haiti before and since the earthquake of Jan. 12 are institutions like the United States Agency for International Development (USAID), the Canadian International Development Agency (CIDA) and the European Union (EU). Since the earthquake it often appears their goal is to use the disaster as a pretext to continue their failed programs to reshape Haitian society to their liking by marginalizing Haitian history and, by extension, any resistance to the project. Most bets are on this approach being a fool’s errand and it’s not of question of if but when it will unravel again. Either way it’s a win-win for these powerful institutions invested in Haiti and representing the foreign policy interests of the United States, Canada and primarily France in the EU. If they are successful then Haiti will become the new neo-liberal economic success story of the Caribbean at the expense of the poor and, if Haitians resist, they can always blame its failure on them for being disorganized and ungovernable. That’s always a compelling argument for justifying further intervention and arguably a well worn pattern and historical relationship where the “international community” and Haiti are concerned.

Haitians do need help but it’s a question of what’s reasonable and appropriate. Beyond the money and salaries (the average director of an established NGO earns $60k per year), going to help in Haiti since the earthquake has become the greatest résumé builder for the ambitious and adventurous since the Peace Corps of the 60s and 70s. Nowhere else in the world can you go to participate in some form of humanitarian relief and assistance and become an overnight expert without speaking the local language or possessing a working knowledge of your beneficiary’s history. In fact, the less you know about Haitian history the better. This suits the illusion being fostered by powerful institutions invested in Haiti that her real history only began with rebuilding efforts following the massive earthquake that struck on January 12, 2010. It doesn’t suit their brand of rebuilding to recognize that Haiti is still embroiled in a vicious political and economic battle between a small clique of wealthy elitist families and the majority of the poor that began long before the earthquake. This is especially true since the current recovery plans for Haiti’s future development is based on international partnerships that will enrich that same wealthy elite while leaving the majority of Haitians earning a meager $3.00 (125 gourdes) a day in sweatshops.

That’s why it’s no surprise that when you talk to many of the personnel of NGOs and religious organizations you get the distinct impression that Haitian history only began when THEY arrived to do THEIR important work. Never mind that by virtue of their role that the very people they want to help may perceive them as being on the wrong side and tacitly supporting of the status quo. And let’s be clear that the status quo in Haiti is an economy controlled by a predatory wealthy elite that has a long history of monopolies and are a far cry from the current efforts to recast them as the “private sector” interested in the promotion and protection of free markets. Wealthy Haitian families like the Mevs, Halhouns, Accras, Bigios, Boulos and Apaids, just to mention a few, are called the motor for economic development by Clinton & Co. but have long played a historical role in fomenting political instability when efforts at maintaining their privilege in Haiti through corruption of state institutions have failed.

That’s why it’s important that NGOs and religious organizations working in Haiti resist making themselves the subjects of rebuilding efforts to avoid the collective illusion that masks history and accountability for the mess Haiti had become BEFORE the earthquake. While it requires a greater commitment, this means moving beyond charity to making a serious assessment of Haitian history that leads to developing projects that empower the poor as the major stakeholders of the rebuilding effort and not a small wealthy elite. It means moving from charity to solidarity that requires asking some very uncomfortable questions about Haiti’s past and the role our own governments and institutions have played, and continue to play, in shaping the destiny of the Haitian people.

To be clear, that doesn’t mean there aren’t a lot of well-intentioned folks doing some fantastic things in Haiti but what we are talking about here are NGOs and religious organizations as institutions and the social systems in Haiti they impact as defined by their goals. Remember they are coming into a system of institutionalized impoverishment encased in an apartheid-like economic system wielding tremendous power by virtue of billions of dollars of private and government monies collected under the umbrella of disaster relief for Haiti. They will have a tremendous impact either way and it is a matter of doing so consciously based on a clear set of goals and criteria that empower Haitians rather than make them more dependent upon foreign largess and good intentions.  To do so must necessarily address the fundamental questions of Haitian sovereignty on the individual, community and national levels whether it be in understanding the past or participating in shaping the future.

For NGOs and religious organizations interested in moving beyond charity and making a lasting impact on the lives of the majority of the poor in Haiti here’s a simple quiz:

1. Do you think sovereignty is important to people in Haiti?
2. Does your project build independence to the extent you don’t own land and/or infrastructure and can render yourself unnecessary in the near future?
3. Do you think Haitians capable of doing what you do for them if given the same resources you have in your pockets?
4. Are you working in Haiti because you have specialized knowledge to share with Haitians?
5. Do you think your power over their lives and your relative privilege effects your relationship with the Haitians you are helping?
6. Are Haitians capable of organizing their own lives without your assistance?

Answering yes to any of these questions means you should be leaving Haiti within a short period of time satisfied in the knowledge you have empowered Haitians as one of the primary goals of your efforts. You have built lasting partnerships based on mutual trust that allows you to hand over the keys of the project to Haitians based on your respect for their individual, community and national sovereignty. Answering no to any of these questions means you probably shouldn’t be working in Haiti and will most likely be joining a long history of projects that eventually blamed Haitians for their failure.
Posted by Haiti Information Project (HIP) at 12:46 PM 1 comment: 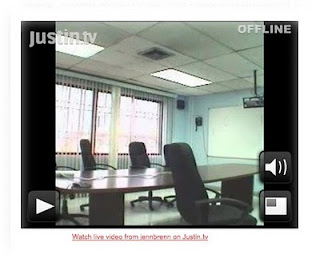 Having a debate among the presidential candidates on September 18 in Haiti and streamed live over the Internet seemed like an exciting proposition. That was until only four of the nineteen candidates showed up along with a sparse audience of forty people. As the candidates provided vague answers to pre-arranged questions the electrical grid crashed twice interrupting the debate. The live signal streaming over the Internet ended suddenly after a scant twenty minutes of transmission.

A sketchy group at the University of Miami School of Communication named Koze Ayiti, an earthquake recovery organization named Konbit for Haiti, and Haiti Aid Watchdog, hosted the event. Koze Ayiti describes itself broadly as representing “a diverse group of faculty, staff, and students at the University of Miami School of Communication” without identifying its members. The Board of Directors of Konbit for Haiti reads like a who’s who of Florida real estate interests, commercial enterprises, and high-powered legal firms combined with a smattering of Haitians added for credibility. One of the main principals behind Haiti Aid Watchdog is Gary Victor “the chief editor of Le Matin” that is owned by the right-leaning wealthy Boulos clan in Haiti. Perhaps the most interesting resume associated with the ill-fated Haitian presidential debates is that of one of the partners of Justin.tv that was responsible for web casting the event. According to Alsop Louie Partners website, the owners of Justin.tv : “Gilman Louie is a Partner. He is the founder and former CEO of In-Q-Tel, a strategic venture fund created to help enhance national security by connecting the Central Intelligence Agency and U.S. intelligence community with venture-backed entrepreneurial companies.”

Beyond the forces responsible for the debate debacle is the real question of interest among the Haitian electorate in the upcoming elections scheduled for Nov. 28. What is clear is that most Haitians do not consider themselves stakeholders in the exercise that is being funded by the international community to the tune of more than $29 million. Ansel Herz, an independent journalist based in Port au Prince summed it up, “I have to say that most people are not interested whatsoever in the upcoming elections. The greatest concentration of the electorate are from the capital and they are living under severe conditions in makeshift camps.” Which raises the question of how you can expect to run free, fair and inclusive elections with more than 1.5 million people left homeless following the earthquake of Jan. 12, 2010? How do you insure the integrity of electoral rolls and balloting against a backdrop of undue influence by an army of foreign non-governmental organizations who are more clearly defined as stakeholders in their success than Haitians themselves? Add to that the exclusion of Fanmi Lavalas, Haiti’s largest and most popular political party that will most likely call for a boycott, and you have a recipe for a man-made political disaster compounding the natural one.

Unfortunately, the hosts and sponsors of Haiti’s most recent failed debates don’t seemed concerned with questions of the substance of democracy and instead opted for the spectacle and illusion of democracy. Still, expect them or others like them to try it again amid a rising din of hyperbole for democratic principals designed to cover up the dismal socio-political reality in Haiti as Nov. 28 approaches.
Posted by Haiti Information Project (HIP) at 2:37 AM No comments: